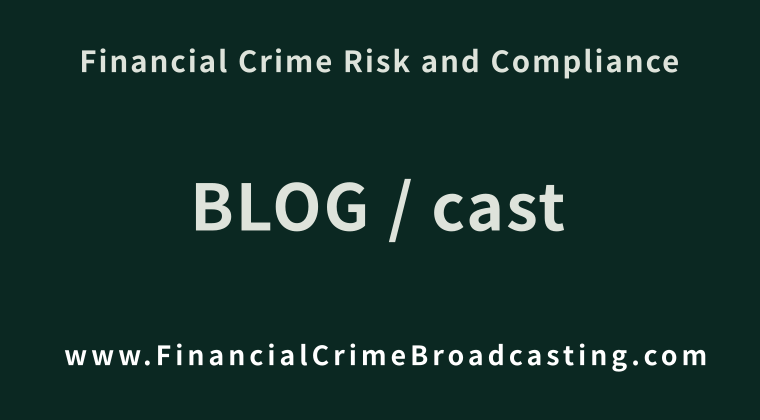 Financial Crime Broadcasting has been developed into a curated site for audiocasts from invited experts in the financial crime field and is destined to become a centralised resource for all those engaged in the policy-making, legislative, regulatory, enforcement, judicial and practitioner aspects of financial crime.

The information below remains as a form of record.  The course, as such, has now been removed.

The Financial Crime Risk and Compliance Blog is a wide ranging series of articles that cover, directly and obliquely, financial crime issues from the unique perspective of Nigel Morris-Cotterill.

Here you can hear the most important of the series from the past and as they are released in the future.

The blog is at www.countermoneylaundering.com.

We were early to the so-called "podcast" party - our sister company published recorded lectures in 1997 and provided on-line broadcast content to others in 1998 and 1999.

We're taking it easy to start with, launching with recordings of Nigel Morris-Cotterill's blog from his personal website at www.countermoneylaundering.com.  Be nice to him. He's wishing he had an old-fashioned studio with slidy things to slide and knobs to twiddle. And after almost a year of sitting silently, he's having to retrain his voice. In 1997, he not only recorded in a proper studio but he had mates moonlighting from the BBC to engineer and edit the sound files - and he was doing lots of telly and radio so his voice was always ready.

Of course, we've had to collect several domain names to protect against others setting up something similar. These: