Skip to main content
The Essential Guide to suspicion and Suspicious Activity Reporting in financial crime. 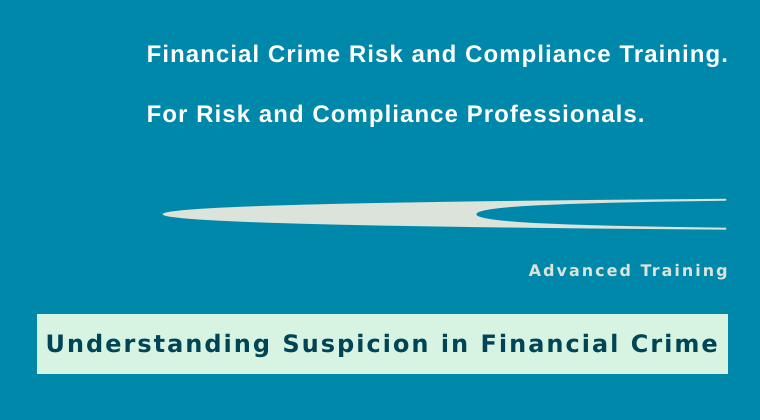 Every Financial Crime Risk and Compliance Officer  dreads being asked one, simple, question.

It's the same question every time: "How do I know if I'm suspicious?"

It's a simple question without a simple answer.

To arrive at that simple answer is far from simple.

In "Understanding Suspicion in Financial Crime" Nigel Morris-Cotterill, a former litigation lawyer who has been a counter-money laundering strategist for more than twenty-five years, analyses legal and regulatory regimes, psychology, social sciences, even metaphysics and pop culture.

He draws on a huge range of material from academic studies to regulatory and legal findings, from movies to his own ability to identity and manage far-off risks.

He identifies characteristics that encourage or discourage the recognition of suspicion and the filing of SAR / STR s.

The course is non-linear, in "phases" rather than chapters, as multiple approaches are examined in parallel rather than in sequence.

There are surprisingly few overlaps until the moment when a decision as to suspicion has to be made.

This, Morris-Cotterill, says is at the heart of why the question is so hard to answer.

Simply, there are far too many and far too diverse starting points - and law and regulation are, more often than not, not among them.

The course is based on a serious book covering a serious subject but it is written in a simple way.  The book is now out of print. This course is, in effect, an updated and revised second edition.

Many readers will have English as a second or third language. Also, many do not want and do not have the time to dredge through academic terms and management-speak.

"Understanding Suspicion in Financial Crime" is a jargon-free zone.  Buzzwords and acronyms are avoided

For designers of automated systems, the insights in this course will improve the thinking behind RegTech development and facilitate the design of better algorithms and tell machines that learn how to look in addition to what to look for.

The answer to the question is as unexpected as it is simple, and easy to understand by staff at all levels.

how is it formed?

when it is acted upon (or not formed or not acted upon)?

Across the world, cases report Judges lamenting the lack of guidance on these matters, and the lack of an effective definition of suspicion.

Now, at last, there is one, drawing on cases and legislation from many jurisdictions, using non-legal sources to provide both context and explanation.

For more about Nigel Morris-Cotterill, his expertise and availablilty, see www.countermoneylaundering.com

Legal advisers (in house and external)

Journalists who want to understand the central principle upon which financial crime laws are based.

Paperback published  2015 (out of print)